Type B seal is a balanced, internally-mounted, cartridge design (metal bellows) seal. Secondary sealing elements are elastomeric O-rings. seal. A metal bellows seal offers the advantage of having only static secondary seals. It may be specified instead of the default Type A seal for low-temperature service. 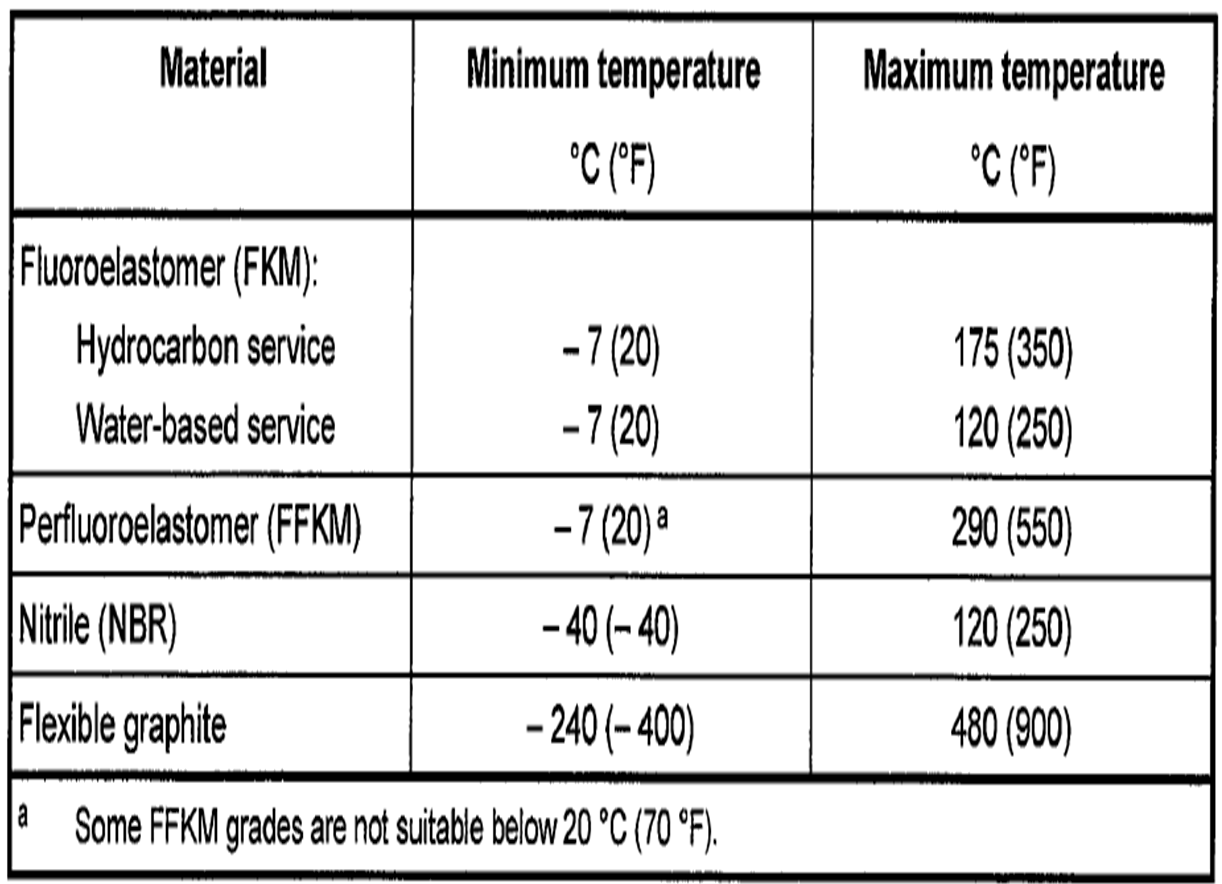 Arrangements and level of control:

Arrangement 1 is often used in streams that are not very environmentally friendly. 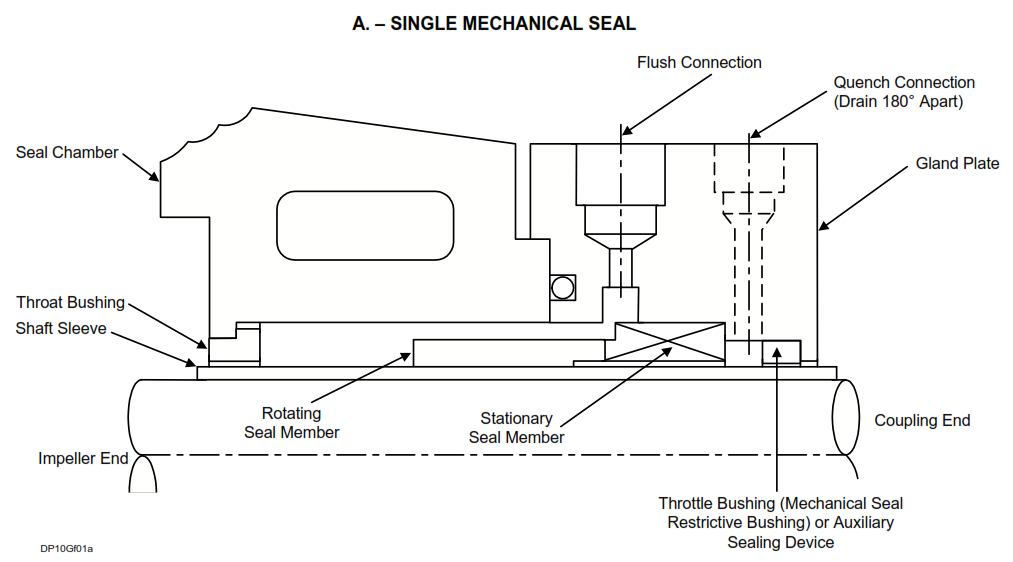 Seal configuration having two seals per cartridge assembly, with the space between the seals at a pressure less than the seal chamber pressure. 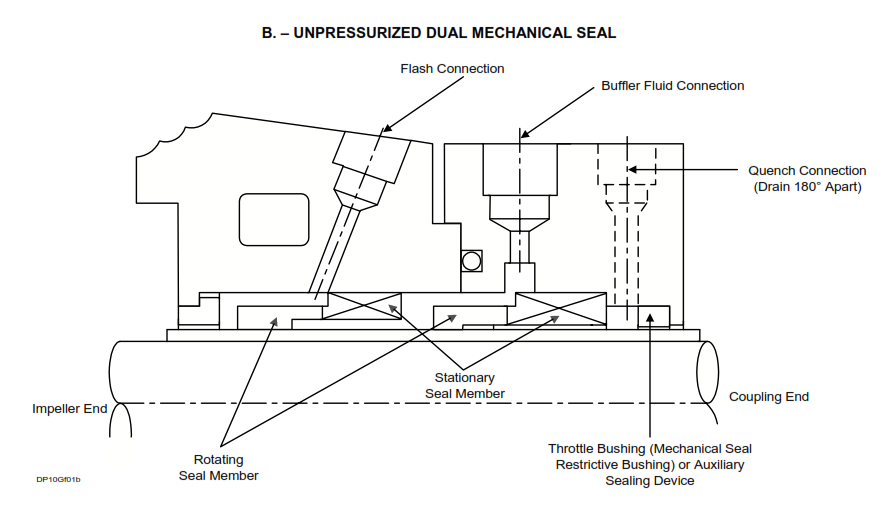 Seal configurations having two seals per cartridge assembly, utilizing an externally supplied barrier fluid at a pressure greater than the seal chamber pressure.

Pressurized Dual Seal (Figure C), uses two complete seals (regardless of orientation) with a barrier fluid injected between the seals. The barrier fluid is required and must be at a higher pressure than the pressure in the pump. The barrier fluid may be a liquid or a gas. For liquid barrier fluid there may be a reservoir, piping and leakage detection instrumentation similar to an unpressurized dual seal termed an API flush plan 53. Liquid may also be supplied from a circulating system or other process source in which case the plan is termed flush plan 54. When a gas (almost always nitrogen) is used as the barrier it is termed API flush plan 74. Pressurized dual seals offer the highest level of leakage control and provide the highest reliability in hot and or dirty services. 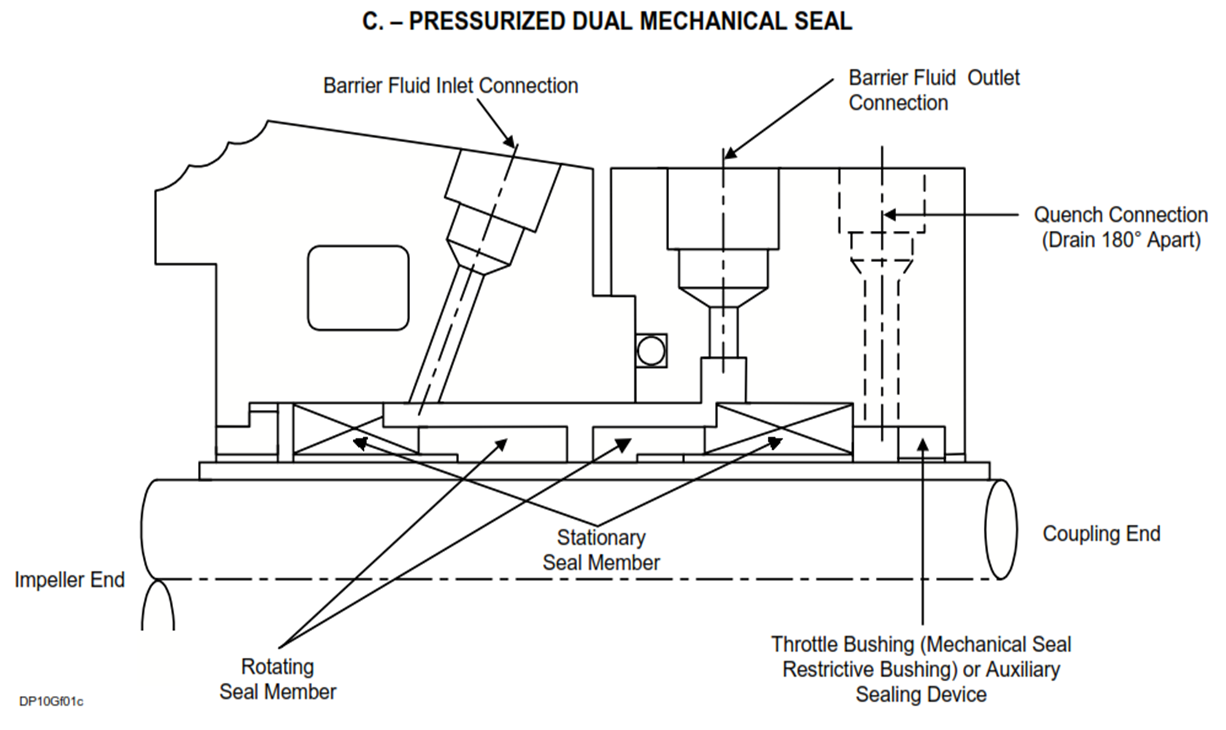 In an effort to expand the application of API 682 seals to other industries, the concept of seal categories was developed. 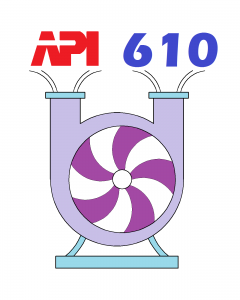